The Daily Mail has claimed that sheds make men healthy “could help men live longer.” The newspaper adds that the “therapeutic effects of pottering around relieves stress, which lowers blood pressure and even boosts self-esteem”.
There’s no proven link between garden sheds and male longevity.
This shed story has shaky foundations. It is loosely based on an article in the British Medical Journal (BMJ) about the need for policy, practice and research aimed specifically at men’s health in Europe. Sheds are only briefly mentioned in this article, and not in this particular context. The references to “Men’s sheds” relate to an Australian skills and wellbeing programme that provides a place for male-focused activities outside work, but not in a small building at the end of the garden. The BMJ article does not discuss the potential health benefits of sheds, but instead describes the growing “Men’s sheds” programme as being a way to target health promotion messages at a male audience.
The rather gimmicky coverage of sheds in the news should not distract from the important questions raised by the article of how European men’s health could be improved, perhaps by following the example of the Aussies.

What is the basis for these current reports that sheds make men healthy?

The news story has been prompted by an editorial in the BMJ on men’s health. In this article, the authors discuss the conclusions of a report published this year, called “The State of Men’s Health in Europe”, which was produced for the European Commission. This extensive report found that there are “marked differences” between the health of men and women, and that there is a “high level of preventable premature morbidity and mortality in men, which will only be addressed by targeted activity across the lifespan”. The average difference in life expectancy between men and women in the EU was found to be more than six years.
The BMJ editorial discusses the idea that some of these health discrepancies are due to lifestyles and behaviors traditionally considered as “masculine”, and summarises possible policy measures, practice and research directions aimed at improving men’s health. 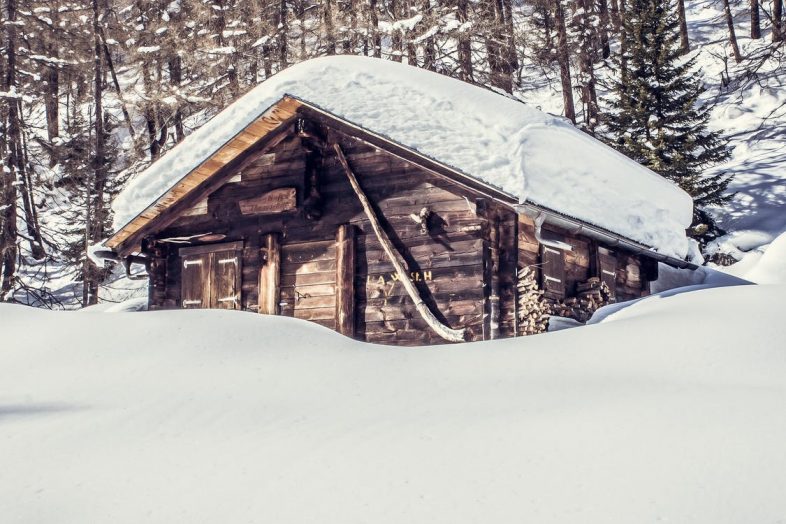 So, what does the article say about men’s sheds?

The “Men’s sheds” programme is one of several examples of new initiatives targeted at engaging men more effectively that the BMJarticle mentions, although these are not specifically mentioned in the report on men’s health for the European Commission.
The “Men’s sheds” programme provides spaces and workshops specifically devoted to men who want an activity outside home and work. The concept of providing these spaces was developed in Australia, and is now being trialled in Europe. The Age UK website reports that there is a pilot “Men in sheds” project operating for older men in the UK. The project aims to reduce feelings of isolation and improve health and well-being.
The BMJ article does not specifically discuss any potential benefits of the “Men’s sheds” programmes. It provides a reference to a small study in which just five older men who took part in these programmes in Australia were interviewed about their experiences. Their experiences were reported to be positive.

What about the benefits of other men’s health programmes?

The article gives some examples of programmes that have been reported to have been beneficial, including the Scottish Well Men Health Service pilots, the BT Workfit initiative and the Royal Mail’s health initiatives. These initiatives and their benefits included:

So what is the main message of the BMJ editorial?

The BMJ editorial aimed to highlight that, in Europe, men still have poorer health than women and that there is a need to work with men in a focused and constructive way to remedy this.
Therefore, some news headlines have been misleading by suggesting that men can improve their health simply by tackling crosswords and DIY in a garden shed; the benefits of which are not discussed in theBMJ editorial.
Analysis by

Get in touch for your free consultation session or let us know the garden building you are looking to install - we're here to make it happen!

Rise of the SHE shed

Get answers to frequently asked questions

See some of our latest installations near you

We're Here to Help
Can we call you back? Enter your number below and we will call you back.
We use cookies on our website to give you the most relevant experience by remembering your preferences and repeat visits. By clicking “Accept All”, you consent to the use of ALL the cookies. However, you may visit "Cookie Settings" to provide a controlled consent.
Cookie SettingsAccept All
Manage consent

This website uses cookies to improve your experience while you navigate through the website. Out of these, the cookies that are categorized as necessary are stored on your browser as they are essential for the working of basic functionalities of the website. We also use third-party cookies that help us analyze and understand how you use this website. These cookies will be stored in your browser only with your consent. You also have the option to opt-out of these cookies. But opting out of some of these cookies may affect your browsing experience.
Necessary Always Enabled
Necessary cookies are absolutely essential for the website to function properly. These cookies ensure basic functionalities and security features of the website, anonymously.
Functional
Functional cookies help to perform certain functionalities like sharing the content of the website on social media platforms, collect feedbacks, and other third-party features.
Performance
Performance cookies are used to understand and analyze the key performance indexes of the website which helps in delivering a better user experience for the visitors.
Analytics
Analytical cookies are used to understand how visitors interact with the website. These cookies help provide information on metrics the number of visitors, bounce rate, traffic source, etc.
Advertisement
Advertisement cookies are used to provide visitors with relevant ads and marketing campaigns. These cookies track visitors across websites and collect information to provide customized ads.
Others
Other uncategorized cookies are those that are being analyzed and have not been classified into a category as yet.
SAVE & ACCEPT
Call Me Back